Comments Off on SportAccord Beijing Update With Kyshenko, Yodsaenklai, More 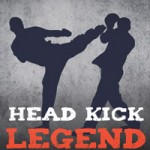 The SportAccord Combat Games are taking place this week in Beijing. We reported on these games over the summer, which feature a wide array of talent in various combat sports competing for their country a la the Olympics. The most anticipated line-up is in the Muay Thai competition where a number of top stars are taking part in the games, including Artur Kyshenko, Marcus Oberg, Yodsaenklai Fairtex, and Thor Hoopman (both Buakaw and Saenchai were originally slated to fight but have since dropped out).

The event is broken into a number of weight classes, with quarter finals taking place earlier this week on the 29th, semi-finals earlier today, and the finals set for Thursday. Key results so far:

The biggest news is that, for the second time in a month, Artur Kyshenko has been defeated. Kyshenko turned in a great showing in the 71kg quarter finals, but was upset by Thai fighter Teerapong Dee in the semi-final round when Kyshenko lost a unanimous decision. Not sure what is going on with Kyshenko right now, but this is not what he needs before the MAX Grand Prix.

In the 75kg division, Yodsaenklai was dominant on night one. In the semi-finals, he was again victorious with a 4-1 decision victory over Vasyl Tereshonok. Yod will face Artem Levin in the finals in what should be a very good fight.

Finally, Australian K-1 veteran Thor Hoopman faced Dzianis Hancharonak in the 91kg semi-final. Hoopman fell via unanimous decision, and Hancharonak will now face Wen Zhong Wang in the finals. Early reports are that this was a questionable decision and that it looked like Hoopman was the clear winner.