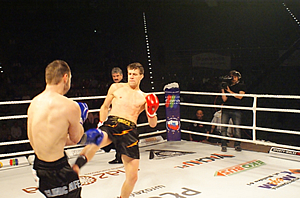 Dmitry Shakuta : “I’ve watched some of his highlights… kickboxer movements, drops hands down. But didn’t really know his fight manner, so had to work everything out instantly during the bout.

Rafal understood – it was not going to be an easy fight. Though, he was ready for it. Crowd greeted and supported him the best they could as he was local.

Nevertheless, the fight was ended in the second round : jumping knee in head. Count 10 – he was still on the ground.” 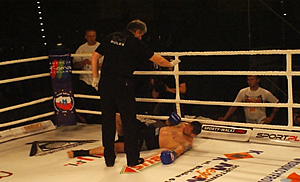