Comments Off on John Wayne Parr: ”Yod is a professional, he beats people up for a living and he is the best“ 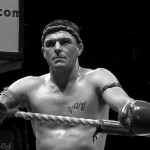 Australia’s legendary fighter JOHN WAYNE PARR pre fight interview : Melbourne October 17 PAY BACK TIME 2
Fightmag.net : How is everything , how’s training going , always ready for the war ?
John Wayne Parr : Training has been going great, I had one week off after the Preacher fight then flew straight to Thailand were I have been training 6 hours a day, 6 days a week at 13 coins with Saenchai. It feels great to be back home in the heart of Muay Thai.
Fightmag.net : Is there a story behind “ Gunslinger “ fight name ?
John Wayne Parr : My parents were involved in the horse industry my whole life so always grew up on farms and little bit of a cowboy. When I had my first fight in Bangkok my Thai trainer said needed a fight name, I told him a little about myself growing up and he come up with “John” Wayne, I hated it at first but after a few fights it sort of stuck, from John Wayne came the “Gunslinger”, “JWP” and also in Australia I also get “J-Dubya”.

Fightmag.net : There were different sayings about the result of your recent fight vs Preacher ?
John Wayne Parr : It was a strange fight and I didn’t fight my usual aggressive self. Instead I played the counter game using my teep push kick and left body kick everytime Preacher came into attack. after 5 rounds I thought I controlled the fight well and never really get hit with powerful blows. There was a bit of confusion at the judges table and after they came to a decision they awarded the fight a split decision to Preacher. I was a little confused as to how I lost, one of the judges came to the change room shaking his head saying he gave it to me 50-46, another judge said he had also gave it to me 48-47, and the other judge a draw. What happened between the score cards, the head judge and announcer I have no idea, but somehow I lost. I have sent a letter of appeal to the WMC and now will wait to the judges in Thailand review the footage and see what scores they come up with.

Fightmag.net : Tell us about your own shows on the Gold Coast ?
John Wayne Parr : I do little amateur shows every few months just to give the young fighters a starting platform to get some experience before getting asked to fight on the bigger shows. For guys having there first 3 fights they can either wear shin pads and 16oz gloves over 3×1.5min rounds or 10oz gloves with no shin pads 3×2. We have roughly between 20 to 30 fights on the day and get good support from all the local gyms. It’s a fun day for everyone and we get to see the stars of the future shine.

Fightmag.net : Pay Back Time 2 in Melbourne – third fight with Yodsanklai . World championship bout right ? Anything specific / extraordinary to be expected ?
John Wayne Parr : The fight with Yod will be for the vacant WKA middle weight world title. Yod is an amazing fighter with great skills and defence. Yod is one of the best fighters on the planet at the moment, he has beaten me twice in the past so I know I am in for another hard fight. I believe it will be a great fight and hopefully if I stick to my game plan can have my hand raised at the end.

Fightmag.net : What titles do you hold by now ?
John Wayne Parr : I have held 6 world titles and the current WKN world champ.

Fightmag.net : Though , you are good mates with Yod . No friends in the ring ?
John Wayne Parr : Nah, Yod is a professional, he beats people up for a living and he is the best pound for pound at doing it. There is no way in the world Yod is going to be holding back from taking my head off and I am going in with the same attitude. Out side of the ring I think he is a great guy but we both want one thing, to win.

Fightmag.net : Who is next for JWP ?
John Wayne Parr : After Yod I am not sure, training has been so crazy the last few months I am looking forward to having a small break to spend with the family and my gym.

Fightmag.net : Thank you and chok dee .
John Wayne Parr : Thank you for the interview, was a pleasure.