Comments Off on Challenger 3D – MyMuayThai 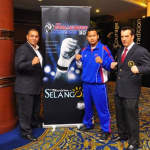 Just came across this on the WMC site. I was fairly disappointed when I heard the second season of the Contender went down the drain. I felt like it was such a missed opportunity. Then I see this, and I’m not quite sure what to make of it.

3D? Really, OK I get why all the kids movies want to jump on the 3d bandwagon but this? The WMC announced today that it was launching a show called the “The Challenger MuayThai” I’m not sure if it has anything to do with the Thailand vs. Challenger” series, somehow I doubt it.

You already know the format, 16 fighters, 2 teams etc… The coaches are going to be Clifton Brown and Nugget McNaught (Nuggets GYM). There going to commence filming in October in Malaysia. Anyone know anyone who’s been tapped for this?

Stephen Fox claims they’ll be topped ranked WMC fighters, but that could be anyone.

The finale is going to be filmed in 3D… anyway I’ll keep an eye out for this. I’m hoping for the best.